Day 2 Thursday, July 17th
After another short night (4 ½ hours of sleep) we got up and headed over to Animal Kingdom for our reservations at the Tusker House for Donald’s Safari Breakfast. This was a great breakfast buffet with great atmosphere, great wait staff, and Disney Characters – of course, we have pictures! 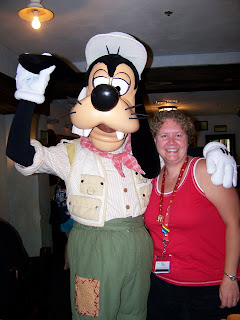 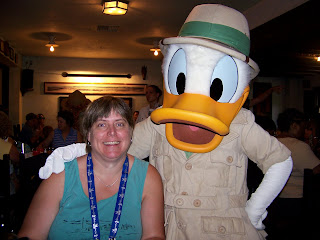 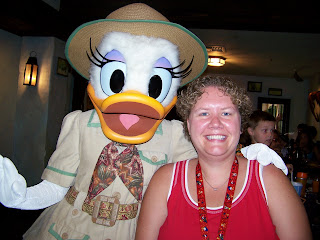 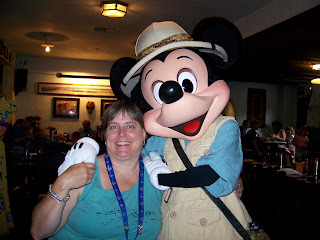 After breakfast, we headed over to the new Expedition Everest ride to get a Fast Pass. Then we went to see “It’s Tough to Be a Bug” – a great 3D show. We went on the Safaris as we still had time before our Expedition Fast Pass. I always love doing that – it took a bit longer than normal as the rhinos decided to hang out in the roadway! Next, it was time for Expedition Everest. What a GREAT rollercoaster!!!! There are lots of surprises, forwards, backwards, in the dark, etc. Definitely well done! Too bad the line was so long, or we would have done it again! After Everest we went on the Kali River Rapids and I was lucky enough to sit in the SOAKER seat – I was literally drenched – we came prepared however, so I changed into dry clothes and all was well! On to the Finding Nemo stage show and the Festival of the Lion King and we were wiped out!!! Back to the hotel for some lunch/dinner and a NAP! Some pictures from Animal Kingdom . . . 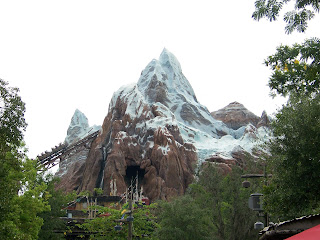 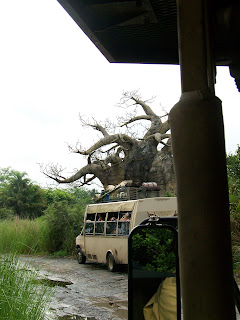 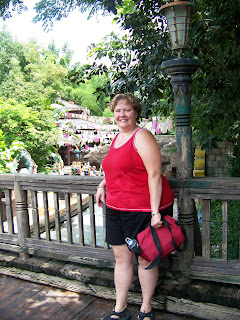 After our nap we headed over to Epcot for Extra Magic hours. We walked right on to Spaceship Earth and they have this new feature where you create your future – here is our picture from that – 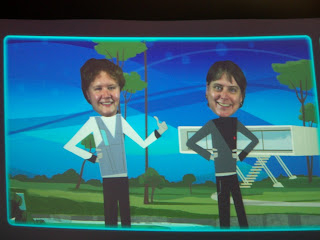 We headed straight over to Soarin’ after that because there was only a 20 minute wait. That was incredible!!!! You really feel like you are flying and they even have a citrus scent when you fly over the orange trees. They really do think of everything! It was a very cool ride. We did the Finding Nemo ride, Journey into Imagination with Figment, and Honey I Shrunk the Audience. We called it a day (a long one!) after that and headed back to the hotel.
Posted by Carrie and MJ at 8:00 AM

Good to finally hear about your travels!! :)