So, I decided that it was probably time for a "real" post since it has been forever since we did one!  How about a bunch of bullets to update you as to what has been going on  around here lately with a few pics in between?! 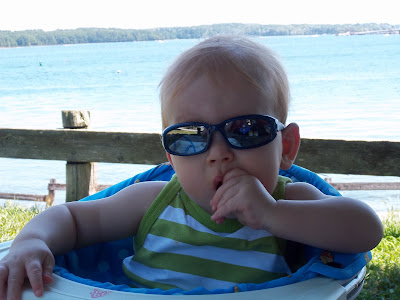 *We attempted camping on The Cape when we got back from MN.  BIG MISTAKE!!! Tent camping with an 8 month old just isn't the smartest idea we've ever had.  It was hotter than hot, and there is just too much stimulation in a campground!  The days were lots of fun, but the nights were a nightmare!  We ended up bailing early in the middle of a thunderstorm.  We've never been so happy to be home!  Better luck next year hopefully!

*We've been thoroughly enjoying having all of our days to spend with Little Man.  We've enjoyed swimming in the lake, and just enjoying the lazy days of summer.  It is going to be hard to go back to work in a few weeks. 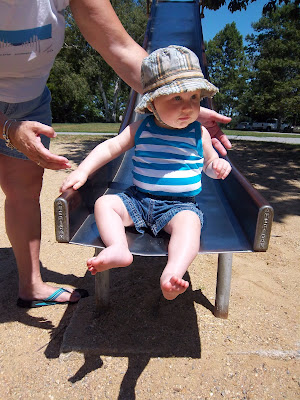 *We had lots of fun with our buddy Olivia who came to visit for a week.  We did some cookie baking and decorating, spent lots of time in the lake, got fingernails painted, and had movie time each night after Drew went to bed.

*Little Man has decided that pulling up is lots of fun and has quickly become a pro!  The crib was lowered and now we have to pay even closer attention to him when he is playing as he tries to pull up on EVERYTHING, including the non stable toys.  It is so great to see him master new skills though!

*We've finally had our first real injuries this week.  One gave him a nice bruise on the forehead when he lost a battle with the foot stool, another bump on the head when he slammed into a window sill, and a fat lip from banging his mouth on a table.  Add to that his fifth tooth breaking through, and a 24 hour bug/fever thing and we've had quite the week! 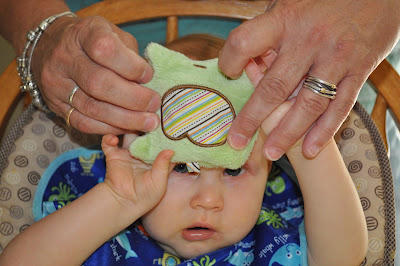 Life continues to be so very much fun and we are having the best summer with Drew!﻿
Posted by Carrie and MJ at 7:21 PM

So glad to hear about how your summer is going. He is getting so big, wow!

sounds like a blast!
Yes, those tumbles are something else!
The pulling up is a real trip!
Enjoy the rest of your summer with your cutey pie!